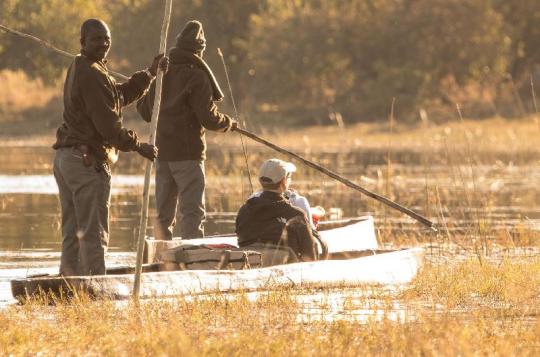 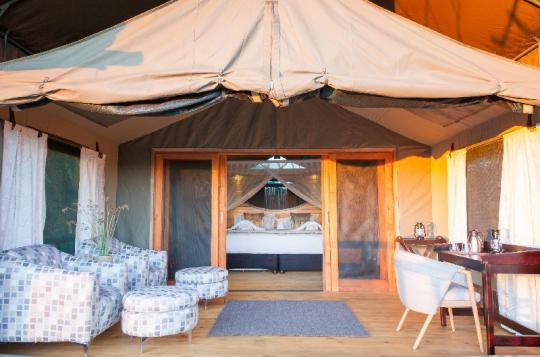 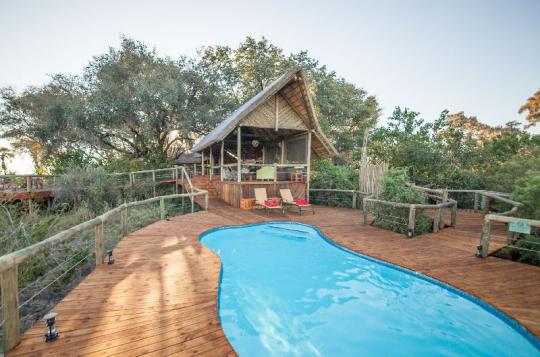 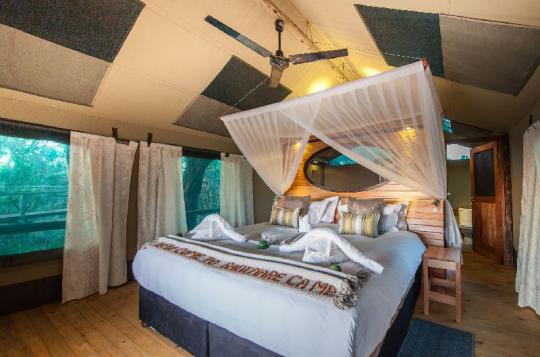 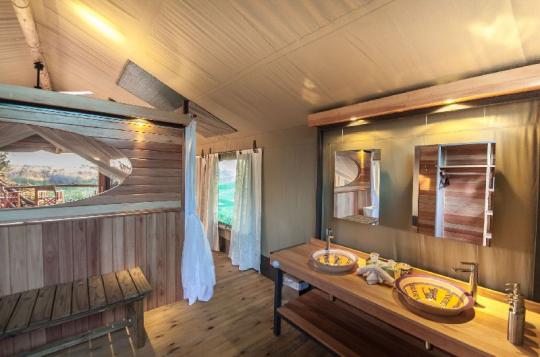 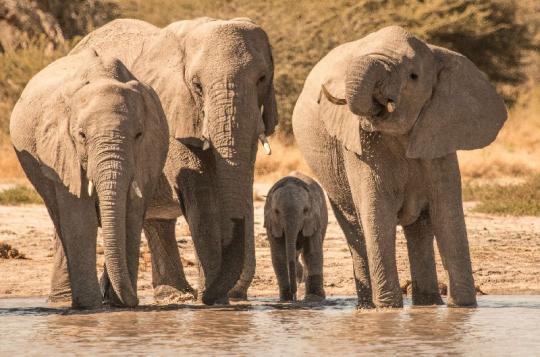 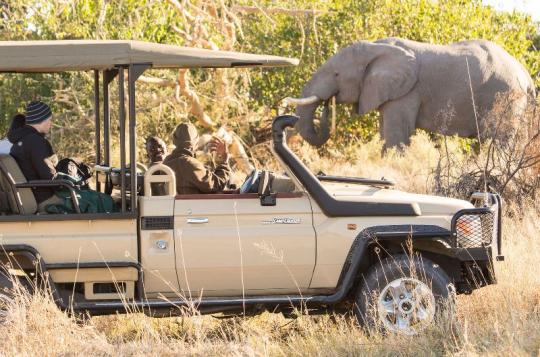 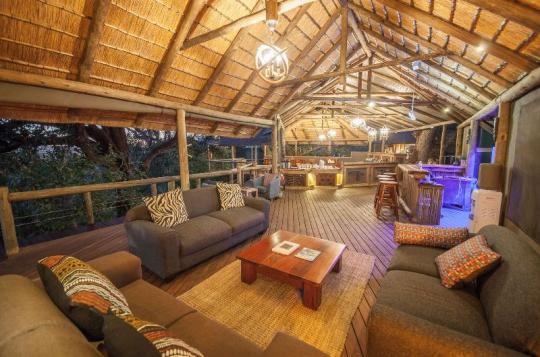 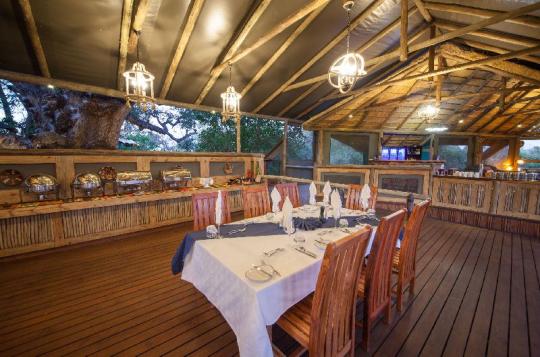 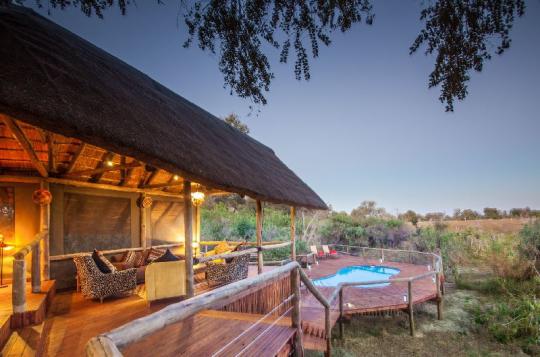 Rra Dinare Camp (means father buffalo in Tswana) is a relatively new camp in the Okavango Delta. It has quickly gained a good reputation and has become quite popular. The camp is a friendly, welcoming Safari Camp overlooking the Gomoti River in the Okavango Delta. The experienced management - run a relaxed but efficient camp. The camp is small and the private concession exclusive. The large and airy communal area has a pool and fire pit, as well as a comfortable lounge area and large dining space. The guides and staff are friendly and genuinely interested in their guests, without being intrusive. The Rra Dinare concession is private and teeming with wildlife, especially buffalo, cats (lion, leopard) and elephant. The airstrip is pretty close to the camp. The food and drink is good and there’s plenty of it. What stands out for us about this camp is the relaxed and welcoming atmosphere created by the management. There is no stiffness or formality in this camp, despite which everything runs like clockwork.

When we arrived at Rra Dinare Camp there were bushbuck grazing under the walkways and elephant and buffalo right in front of the main Boma.  On our game drive we saw many lion (with cubs) as well as mating leopard! On the guided walk we had to smartly avoid elephant rushing down to the river to drink. The place was absolutely teeming with wild animals. We were told that sightings of all the big five in a couple of days at Rra Dinare Camp are not unusual. Rra Dinare is definitely the most relaxed of the camps we’ve visited, and we liked that. One can sit and chat, drink and eat with little formality. The large walk-in tents are well appointed with an entrance “drawing room” and a  large comfortable bedroom and bathroom area. The shower at Rra Dinare Camp is outdoors. The other guests at the camp told us that Rra Dinare Camp was their favourite camp out of the many that they had visited in the Okavango Delta. The guided walking was the most exciting we have ever done and the Mokoro experience was the most beautiful that we have ever done. The sunsets at Rra Dinare Camp were magnificent!