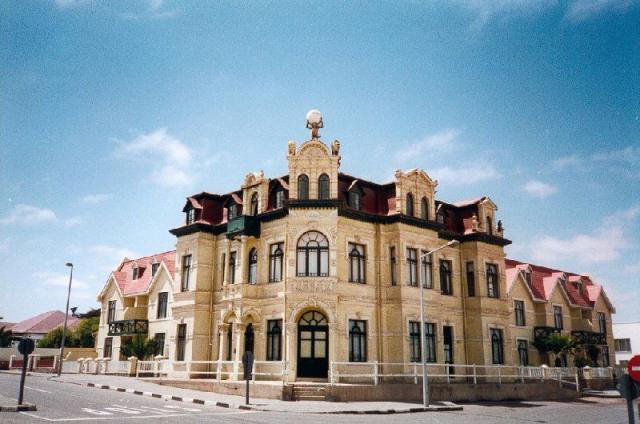 Swakopmund (German for "Mouth of the Swakop") is a city on the coast of north western Namibia, 280 km west of Windhoek, Namibia's capital. It is the capital of the Erongo administrative district. The town has over 40,000 inhabitants and is situated in the Namibia desert.

Swakopmund is a beach resort and an example of German colonial architecture. It was founded in 1892 as the main harbour for German South-West Africa, and a sizable part of its population is still German-speaking today.

The city lies on the B2 road and on the Trans-Namib Railway from Windhoek to Walvis Bay. It is also home to Swakopmund Airport and Swakopmund Skydiving Club.

Buildings in the city include the Altes Gefängnis prison, designed by Heinrich Bause in 1909. The Woermannhaus, built in 1906 with a prominent tower, is now a public library.

Attractions in Swakopmund include a Swakopmund Museum, the National Marine Aquarium, a crystal gallery, and spectacular sand dunes near Langstrand south of the Swakop River. Outside of the city, the Rossmund Desert Golf Course is one of only 5 all-grass desert golf courses in the world. The city is known for skydiving and other extreme sports. Nearby lies a camel farm and the Martin Luther steam locomotive, dating from 1896 which was abandoned in the desert. 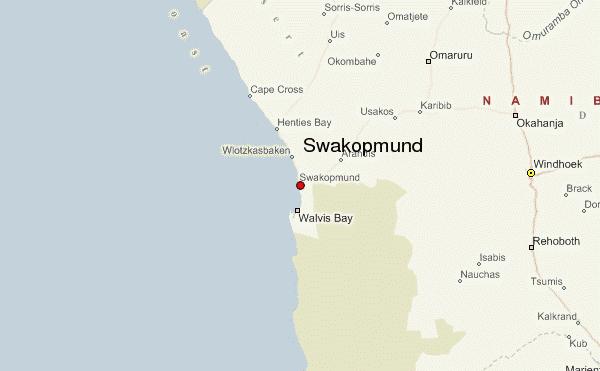