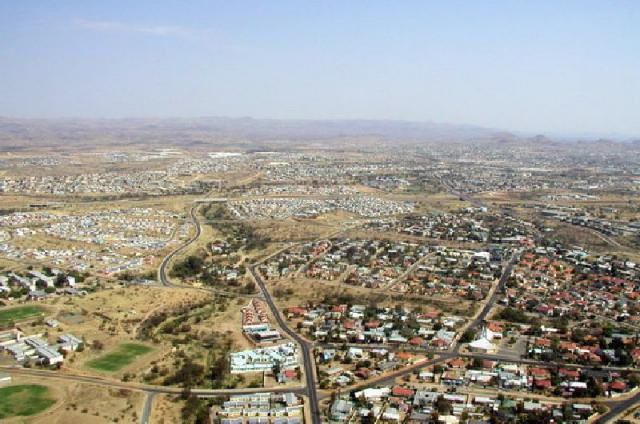 Windhoek (German: Windhuk) is the capital and largest city of the Republic of Namibia. It is located in central Namibia in the Khomas Highland plateau area, at around 1,700 metres (5,600 ft) above sea level. The population of the greater Windhoek metro is estimated t be over 400 000 people.

Due to its size in relation to other urban areas in Namibia, Windhoek is, even more than many other national capital cities, the social, economic, and cultural centre of the country. Nearly every national enterprise is headquartered here. The University of Namibia, Namibia’s only theatre, all Namibian ministry head offices, and all major Namibian media and financial entities are to be found in Windhoek.

The governmental budget for the city of Windhoek nearly equals those of all other Namibian local authorities combined.

In Windhoek, the summers are hot and partly cloudy and the winters are short, cool, dry, windy, and clear. Over the course of the year, the temperature typically varies from 8°C to 31°C and is rarely below 4°C or above 35°C.