Mana Pools National Park is a wildlife conservation area in northern Zimbabwe. It is a region of the lower Zambezi River where the flood plain turns into a broad expanse of lakes after each rainy season. As the lakes gradually dry up and recede, the region attracts many large animals in search of water, making it one of Africa's most renowned game-viewing regions. It’s importance is such that it has been designated a World Heritage site.

Mana means ‘four’ in Shona, in reference to the four large permanent pools formed by the meanderings of the middle Zambezi. With 2,500 square kilometres of river frontage, islands, sandbanks and pools, flanked by forests of mahogany, wild figs, ebonies and baobabs, Mana Pools one of the least developed National Parks in Southern Africa. It was saved from a hydro-electric scheme in the early eighties which would have seen the flooding of the whole area. It has the country’s biggest concentration of hippopotamus and crocodile and large dry season mammal populations of elephant and buffalo.

The landscape is dominated by the changing water level of the Zambezi. There are shorelines, islands, sandbanks and pools. The area is very popular for the observation of large animals, like lion, elephant, buffalo, leopard and cheetah. 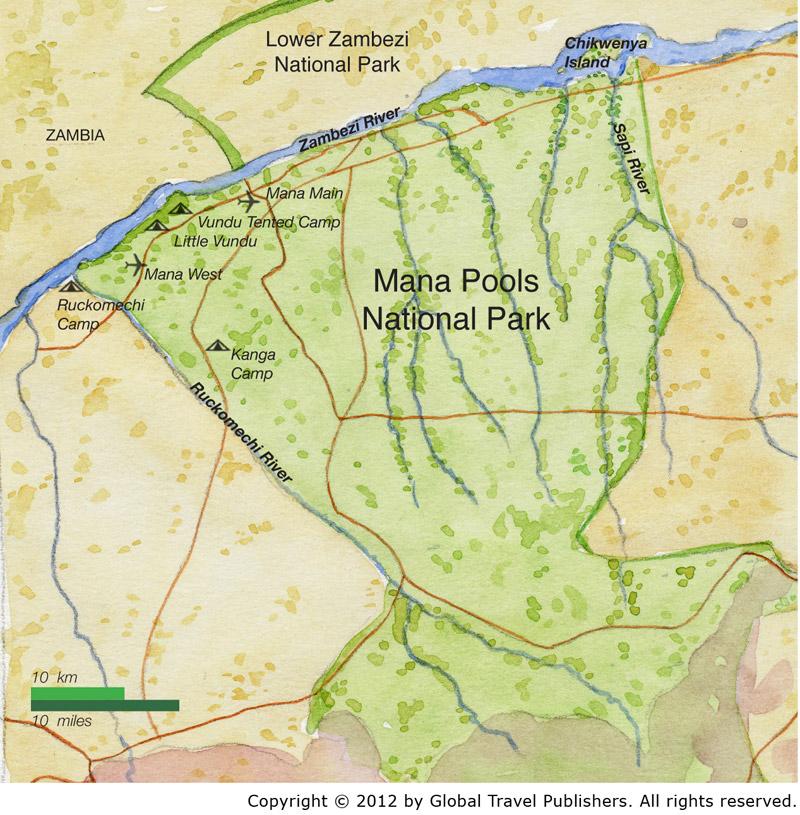