With a population of close to six million, Johannesburg is the largest city in South Africa and the provincial capital of Gauteng, the wealthiest province of the country.

The world’s largest gold fields were discovered in the area around what is now Johannesburg during the 1880s. The city grew rapidly around its gold mines and now with some ten million trees, Johannesburg is touted as being the largest man-made urban forest in the world!

Johannesburg is not known as a typical tourist destination, but the city is a highly frequented transit point for connecting flights to Southern and East Africa as well as to Cape Town, Durban, and the Kruger National Park. Most international visitors to South Africa arrive in Johannesburg at O.R. Tambo International Airport.

Popular attractions in Johannesburg include The Apartheid Museum and Constitution Hill, a living museum that tells the story of South Africa’s journey to democracy.

Johannesburg also boasts the famous Johannesburg Art Gallery as well as the Market Theatre, which has become a centre for modern South African playwriting.

The suburbs of Greenside, Parkhurst, Rosebank, Melville, Newtown and Norwood are popular for their bohemian atmosphere, street life, and many popular restaurants, shops and bars. For the more adventurous, Fordsburg is a suburb of Johannesburg that offers vibrant and eclectic shopping opportunities as well as being a major centre of Indian and Pakistani culture, with many halal restaurants. 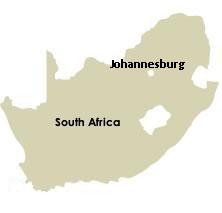